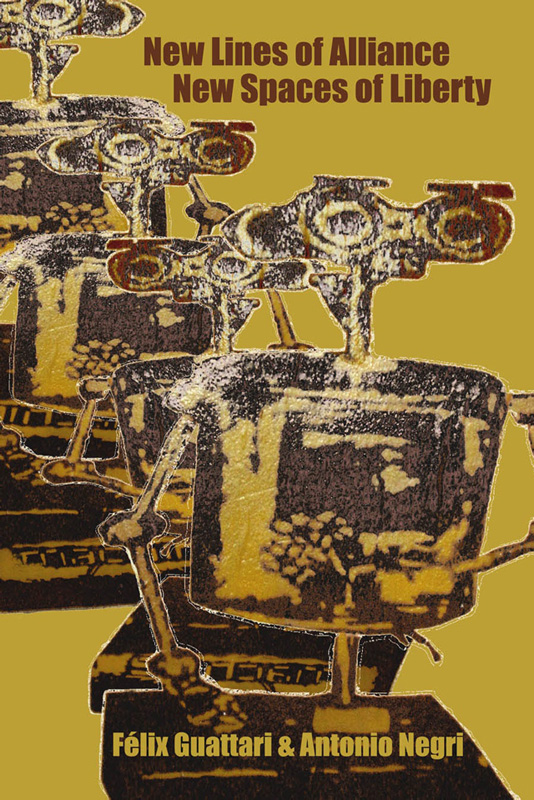 “The project: to rescue ‘communism’ from its own disrepute. Once invoked as the liberation of work through mankind’s collective creation, communism has instead stifled humanity. We who see in communism the liberation of both collective and individual possibilities must reverse that regimentation of thought and desire which terminates the individual….”

Thus begins the extraordinary collaboration between Félix Guattari and Antonio Negri, written at dawn of the 1980s, in the wake of the crushing of the autonomous movements of the previous decade. Setting out Guattari and Negri diagnose with incisive prescience transformations of the global economy and theorize new forms of alliance and organization: mutant machines of subjectivation and social movement.

Prefiguring his collaboration with Michael Hardt, Negri and Guattari enact a singular hybridization of political and philosophical traditions, brining together psychiatry, political analysis, semiotics, aesthetics, and philosophy. Against the workings of an increasingly integrated world capitalism, they raise the banners of singularity, autonomy, and freedom to search out new routes for subversion.

“After the highpoint of the subversive decade 1968-1977, Italian autonomist Marxism and French theory of desire meet at the intersection of two different methodologies of subjectivation. Social recomposition of the working class and molecular proliferation of desire merge, and together open a new space for theory and for social action. While the ideologies of the twentieth century are falling, Toni Negri and Félix Guattari trace the lines of a new vision of autonomy.” – Franco ‘Bifo’ Berardi