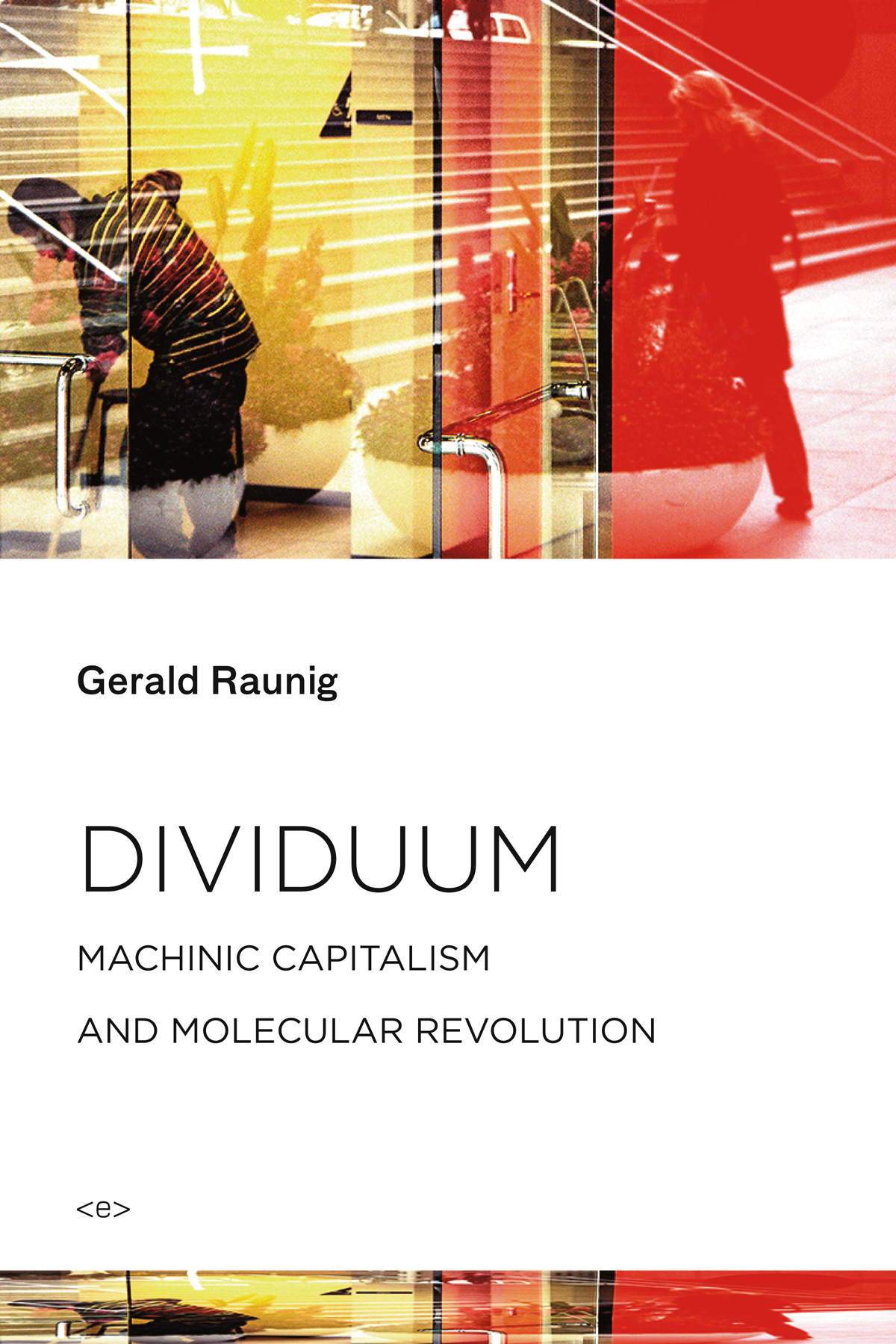 The animal of the molecular revolution will be neither mole nor snake, but a drone-animal-thing that is solid, liquid, and a gas.
—from Dividuum

As the philosophical, religious, and historical systems that have produced the “individual” (and its counterparts, society and community) over the years continue to break down, the age of “dividuality” is now upon us. The roots of the concept of the “dividuum” can be traced back to Latin philosophy, when Cicero used the term to translate the “divisible” in the writings of Epicurus and Plato; later, medieval scholars utilized the term in theological discussions on the unity of the trinity. Grounding himself in the writings of the medieval bishop Gilbert de Poitiers and his extensive commentaries on Boethius, Gerald Raunig charts a genealogy of the concept and develops a philosophy of dividuality as a way of addressing contemporary modes of production and forms of life. Through its components of dispersion, subsistence, and similarity, dividuality becomes a hidden principle of obedience and conformity, but it also brings with it the potential to realize disobedience and noncompliant con/dividualities.

Raunig’s bad news is that dividuality is responsible for much of the intensified exploitation and enslavement taking place under contemporary machinic capitalism. Algorithms, derivatives, big data, and social media technology all contribute to the rampant expansion of divisive management strategies and desires for self-division. The good news, however, is that this same terrain of dividuality presents an opportunity for a new kind of resistance, one that can be realized in the form of con/division.